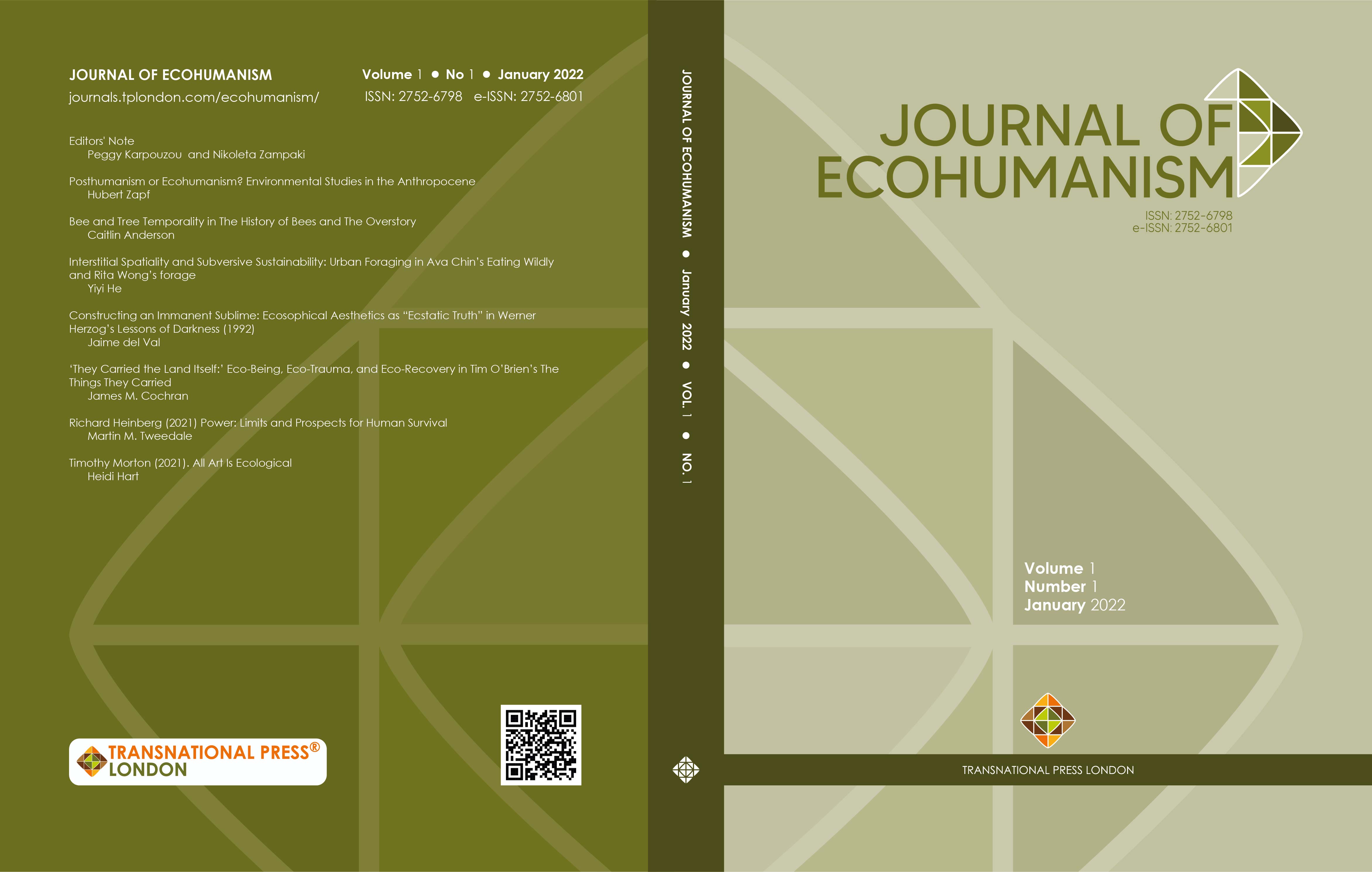 Journal of Ecohumanism invites contributors to submit their articles.
Submission Deadline: throughout a year

Call for papers for the JoE’s fourth issue
Special Issue

FEMINIST ECOLOGICAL CITIZENSHIP AND THE POLITICS OF CARE

At the “Women and Environment Conference” at UC Berkeley in 1974, convened by Sandra Marburg and Lisa Watson, the connection between women and environment was officially registered for the first time. The early ecofeminists like Vera Norwood find the association of women with nature and the efforts of the women in preserving the environment. They observe that, promoting its own history, and recognising the contribution of women in nurturing plants and animals, are the only ways in which ecofeminism may exhibit how women’s culture can initiate the base of a better world in the coming days. Carolyn Merchant (1980) questions the mechanistic view of science that undermines femininity and nature in her The Death of Nature: Women, Ecology, and the Scientific Revolution. Mies and Shiva (1993) find the connection between the ‘corporate and military warriors’ aggression against the environment and the aggression against the female body in the Introduction to their book Ecofeminism. So, we can see that the traditional ecofeminists seek recognition of the importance of the activities traditionally associated with women like childbirth, nurturing and the jobs done within the domestic arena. But Rosemary Ruether, in 1975, warned women against the ‘symbolic role’ imposed upon them by the dominant patriarchal culture at the time of any ecological crisis: “Any effort to reconcile such a male with “nature”, which doesn’t restructure the psychology and social patterns which make nature “alien”, will tend to shape women, the patriarchal symbol of “nature”, into romanticized servitude to a male-defined alienation. Women will again be asked to be the “natural wood-nymph and earth mother and to create places of escape from the destructive patterns of the dominant culture”.
And this warning instigates the birth of one of the most recent trends in the sphere of the study of Ecofeminism: the issue of feminist ecological citizenship and the politics of care. Ecofeminists like Sherilyn MacGregor emphasize that in a male-dominated society, women’s capacity to care is an imposed one. Rather than romanticizing this patriarchal trap, the ecofeminists should politicize the whole issue. To her, feminist ecological citizenship is a language which is more radical than the language of care. It identifies care as a form of work as well as moral orientation, and should be dispensed evenly within the members of the society for better serving of gender equality and sustainability. Mary Mellor observes, “Women are not closer to nature because of some elemental physiological or spiritual affinity, but because of the social circumstances in which they find themselves”.
Feminist ecological citizenship possesses the aptitude to function as a positive political identity that empowers women to voice their gender-related thoughts for environmental sustainability without restricting them to the private sphere of care and maternal duties. The uniqueness of this approach is its denial of privatization of feminization of the act of care. Rather, it sees the issue of care and maternity as a matter that needs to be institutionalized by the state for a better democratization of tasks. It identifies the uneasy relationship between private (caring) and public (citizenship) activities. It also shows the deficiency of environmental activism in linking with gender structures of reproduction. It is obvious that one can’t whistle for the damages in the environment in segregation from the issue of social justice and gender inequality.
The ecofeminists identify three reasons for which women feel ‘burnt out’ – unpaid caring, paid job and active environmental citizenship, all of which are greatly time-consuming. In this way they acknowledge the risk of eulogizing women’s acceptance as care-givers which eventually reduces their ethico-political life to care. This function has turned into a double-aged sword for women. Even if women are competent of saving the environment as a consequence of their cultural-historical deportation to a terrain ‘closer to nature’, directing ecofeminist discussions towards women being the ‘moral guardians of both ‘humanity’ and of nature’ should never be encouraged. Karen J. Warren also expresses her doubts about the position of feminized care in environmental ethics. The ecofeminists are attempting to come up with a feminist reinterpretation of the conventional way of politics. They manifest that the daily practices in the private sphere can contribute largely to the social changes, just like in the public domain. And the burning question that emerges from the issue is “Who cares for the carers?”, which is mostly ignored by the narratives celebrating women as carers of the earth. This whole issue of the politics of care involved in the ecofeminist studies deserves a serious academic discussion. If ignored even now, it would help the patriarchal trap to cause more damage to the ‘carers’ of the earth by over-burdening them with the environmental responsibilities.

About the Submissions
Potential contributors should (a) send an abstract of 250 words that describes the proposed focus and content of the paper and (b) a short bio. Please send the abstract and bio by August 31, 2022 to the editor (contact info below). Full-length papers of approximately 5000-6000 words will be due in April 2023. The language of submissions is only English. All submissions shall follow the latest guidelines of APA style referencing. More information about the style sheet is found here: [https://journals.tplondon.com/ecohumanism/about/submissions].
The submissions of abstracts and full-length papers, including a short bio, will be sent directly to the Editor’s e-mail as well as any queries that you may have. The Editor’s e-mail is [dipanwitapal@hotmail.com].